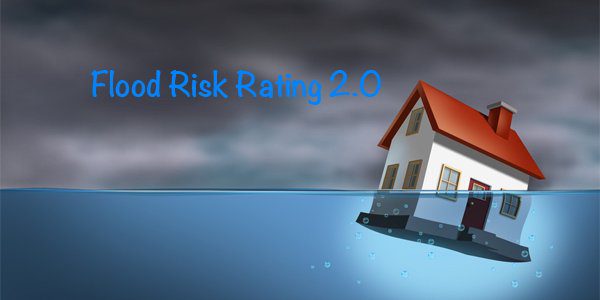 FIRM estimates homeowners throughout Monroe County could see flood insurance rate increases ranging from $100 to $9,000 annually—with an average increase of $3,200 – if FEMA’s proposed Risk Rating 2.0 goes into effect on Oct. 1, as planned.

“Rate increases of this size,” said Mel Montagne, president of FIRM, “will be devastating to the economies of coastal communities, like Monroe County, and the increases could force homeowners to drop coverage, an action that would then compel the lender to force-place flood coverage, or even worse, lose their homes.” 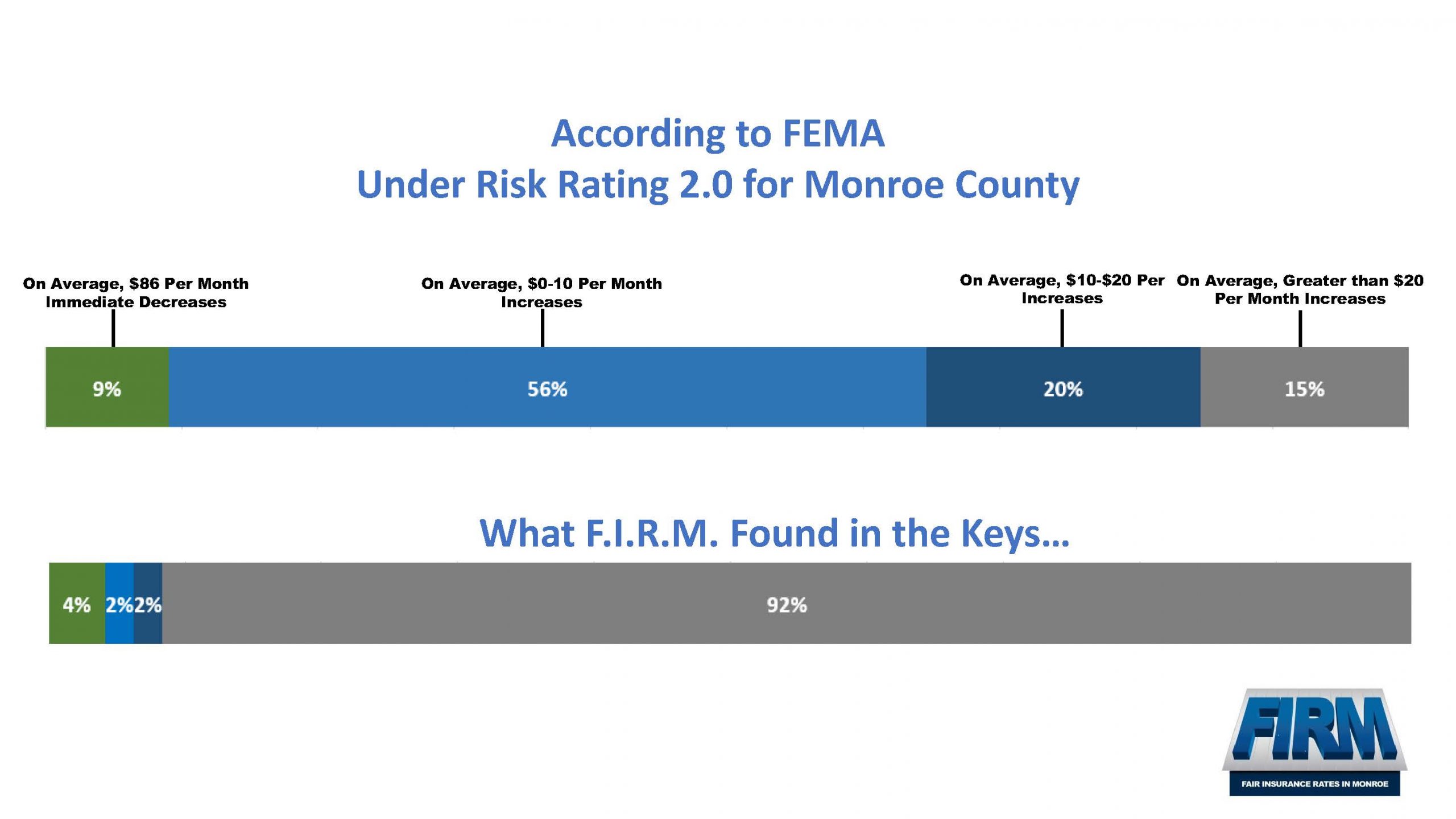 FIRM developed its database using privacy-coded Monroe County residences both with and without elevation certificates. The database includes 48 single-family homes and condos (which are classified as commercial). The properties were run through the new FEMA Risk Rating 2.0 software to calculate the new and significantly higher premium rates.

After two years of delays, FEMA plans to implement Risk Rating 2.0 on Oct. 1, for new businesses and on April 1, 2022, for all flood policy renewals.

FEMA has said 92.9% of Monroe County properties; 87.6% of Florida properties; and 84.1% of policyholders nationwide will see annual increases under the new program of $240 a year, or less.

Montagne said FEMA has offered very little transparency or explanation as to how the new flood insurance rate methodology will work.

According to Montagne, the details of FEMA’s Risk Rating 2.0 are opaque, limited, and confusing, but implementation dates are already set. He predicted that FEMA’s lack of transparency on how rates are calculated will create a massive outcry when implemented later this fall and early next year.

The new rating system will no longer use flood maps and zones to determine a homeowner’s premium rate. It will use a series of models that will fundamentally change a property’s individual flood risk assessment and therefore its insurance premium.

Under the new methodology flood maps and Base Flood Elevations (BFE) will not be used to determine rates. There will no longer be Preferred Risk Policies—those for properties in the so-called X zone—but existing PRP properties will be grandfathered in until they reach the full actuarial rate.

Data such as first floor elevation, replacement cost value, construction type, foundation type and more are determined by FEMA’s undisclosed “internal data sets” rather than elevation certificates, and FEMA has no guidelines for appealing the information that its tools have provided.

FIRM has joined other concerned organizations like the Coalition for Sustainable Flood Insurance based in Louisiana in encouraging FEMA to delay the implementation of Risk Rating 2.0 until both methodology and rate structure effects are more thoroughly reviewed.

“(I)t it would be devastating for FEMA to implement Risk Rating 2.0 and cause NFIP rates to skyrocket for some policyholders who play by the rules,” wrote Scalise. “We must continue working to implement long-term reforms to NFIP to ensure the program remains affordable and stable for the future.”

Additionally, members of both the House and Senate, including Representative Gimenez and Senator Rubio, submitted letters requesting a delay in the implementation of the system.

In the meantime, Montagne encourages Monroe County home and business owners to contact their insurance agents to determine the rate increases for their specific properties. He also suggested they have an elevation certificate and have flood insurance in place to help offset anticipated increases. Contacting members of Congress asking for their assistance in delaying implementation is also important, he said.