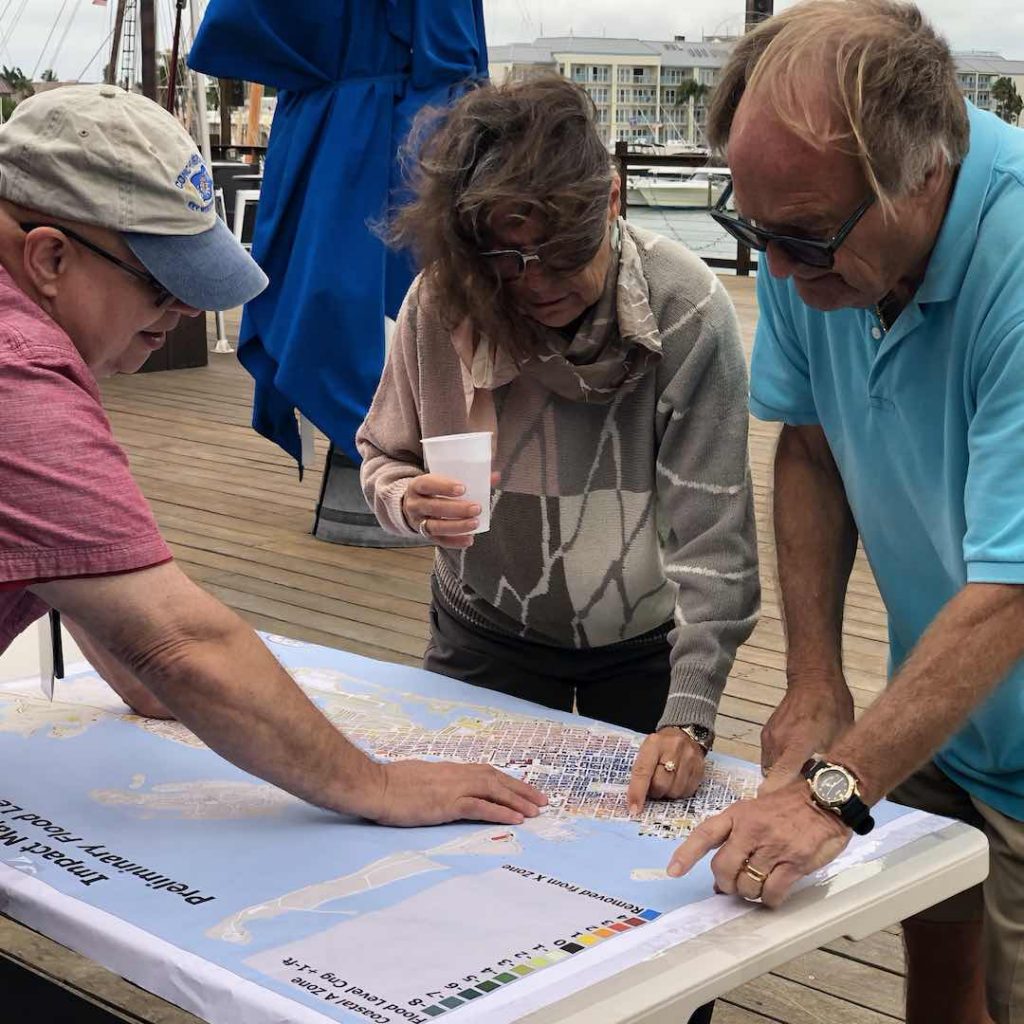 On June 2, the Key West City Commission approved via its consent agenda the authorization of up to $118,000 in grant funding to be paid to Fair Insurance Rates for Monroe (FIRM).

The city’s executive summary says “Approval of a grant to Fair Insurance Rates for Monroe (FIRM) to fund a successive series of task orders to analyze the science and data used by FEMA to develop its proposed new Flood Insurance Rate Maps, for the purpose of achieving changes to these maps and/or the filing of appeals.”

What will FIRM do with the grant funds? The city
expects FIRM to use the grant funds to engage the Woods Hole Group, with Ransom
Consulting as the subcontractor, to analyze, validate, contest or appeal the
data and the science used by FEMA over the past five years to produce the new
Flood Insurance Rate Maps. FIRM will serve as the conduit for the funds from
the grant to the consultants. FIRM, which is a not-for-profit organization,
will not add costs or upcharges; grant funds only will be used to pay the
consultants.

Why was FIRM designated to receive the grant funds? As
a non-government, not-for-profit organization and because there are time
constraints, FIRM can work swiftly to contract with the consultants who will
review the data and make proposals.

In its resolution, the city states it believes FIRM is the right entity to “oversee a more comprehensive assessment of the FEMA flood maps” because FIRM will oversee the project at actual costs and because of its creation of and past work with the Flood Map Task Force.

In mid-2018, FIRM created a Flood Map Task Force that included representatives from Monroe County government and other Keys municipalities to ensure a coordinated approach to a county-wide flood map problem. In August 2019, nearly a year after it was requested FIRM, Key West and the County received hard drives with 10 terabytes of data used by FEMA to develop the maps. Months of expert review uncovered several areas of concern with the way the maps were developed.

FIRM used Ransom Consulting for its own self-funded data review. Monroe County contracted with the Woods Hole Group. Because both consultants are already deeply engaged, FIRM will use the City of Key West’s grant funds to contract with these two consultants to complete the project.

Are there grounds for contesting or appealing the new flood maps? The
initial FEMA flood maps, which were released in late December 2019, shift 2000
Key West properties into the flood zones, potentially adding millions of
dollars to the annual flood insurance bills of residents. FIRM and its consultants strongly believe,
as do the county’s consultants, that there are potential grounds for an appeal.

FIRM’s initial self-funded review by Ransom Consulting and
additional reviews by the county and the Woods Hole identified several issues
that could cause significant errors in the new FEMA maps. These include:

2. The distance between a Miami
reference point and much of the Keys is one potential error source.

3. The selection, as a basis for
modeling, of storms that impacted primarily the mainland counties is another.

4. The methodology used to account for
the impact of Cuba and the reefs on storm and wave intensities is questionable.

5. Modeled wave heights were not
validated against actual wave data and appear too high.

6. Some errors in mangrove density and
topography that could contribute to higher flood levels were noted.

7. And finally, data points were much
more broadly dispersed in the Keys than on the mainland, yet coastal geometry
is much more diverse in the Keys.

Why is the timing critical? Once FEMA announces the beginning of the appeal period in the Federal Register, Monroe County, its communities and residents will have 90 days to appeal inaccuracies in the maps. FEMA requires the county and the municipalities to collect and forward appeals from their residents. Residents cannot directly submit appeals. Due to the COVID-19 pandemic, FEMA is delaying the start of the appeal period on a month-to-month basis. Key West and Monroe County formally have requested an 18-month delay. FEMA has not responded.

What results does the City of Key West expect from the
expert reviews? In its executive summary for Consent Item 10, the city
says: “This proposal is to fund FIRM’s Flood Map Task Force to further engage
these experts to produce the scientific results to achieve one or more of the
following goals: